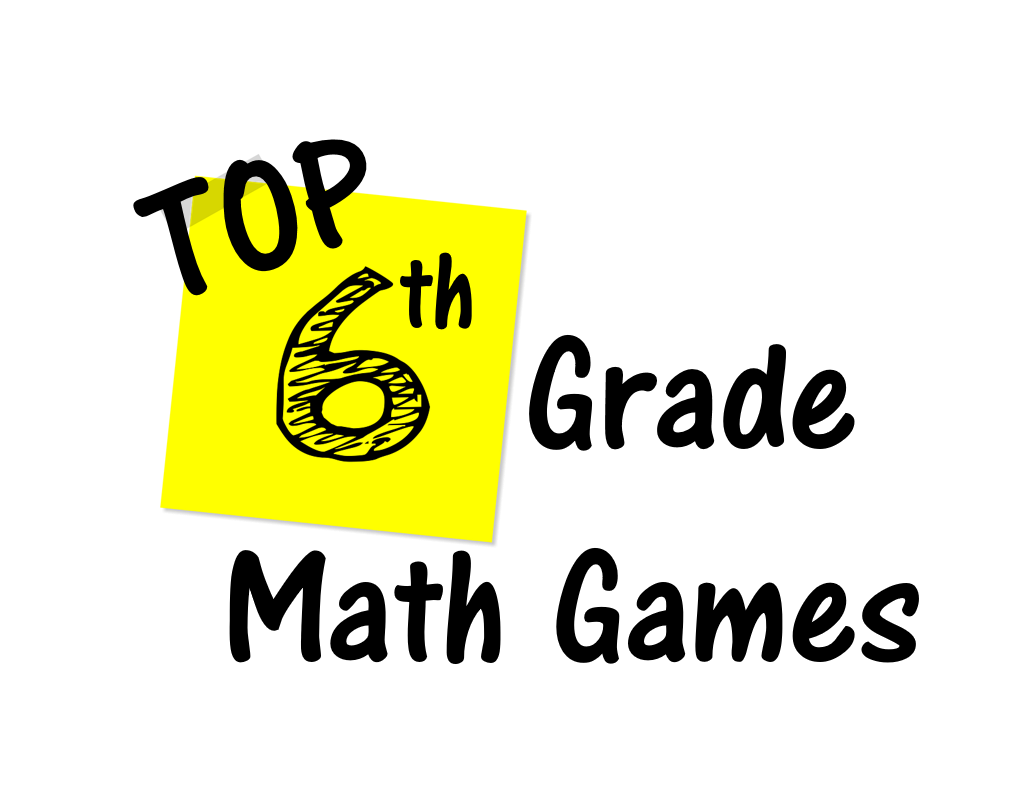 In sixth grade, most students have an understanding of basic mathematical concepts and begin learning about more advanced concepts, such as solving equations with variables, understanding ratios and proportions, and working with negative numbers. Students may also encounter problems that combine addition, subtraction, multiplication, and division, rather than focusing on a single operation. To help students master these new concepts and skills, we’ve gathered some of the top math games for sixth grade. Students can play these games in class or at home to help them become more confident in their math skills.

Number Balls encourages kids to think about numbers in relation to one another. Kids must click on the balls containing the numbers in order from least to greatest. For more of a challenge, kids can try Number Balls Equations.

Broken Calculator helps kids brush up their basic addition, subtraction, multiplication, and division skills. The calculator is broken and only a few numbers and operations appear. Kids must make a series of numbers before time runs out using only the keys that appear on the screen. For example, can you make 50 with only the 2, 3, +, x, and = keys? 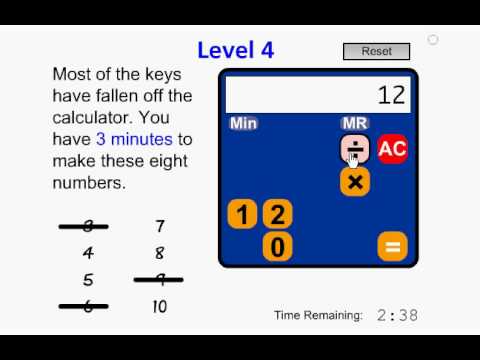 Algebraic Reasoning takes kids’ math skills a step further by having them use their math, logic, and reasoning skills to solve problems. For example, kids may see two sets of drums and use their logic skills to determine the value of one drum. The game offers three levels of play that gradually increase in difficulty.

Quick Calculate begins to test kids’ knowledge of the order of operations by having them solve simple equations. The problems start out easy (5-1=?) and gradually increase in difficulty (2x(0+2)=?).

One-Step Equation Basketball Game gives kids the chance to solve one-step equations (for example, y + 9 = 11) for the chance to catch a basketball and shoot a free throw. The more problems kids solve correctly, the more points they can earn.

Expressions Millionaire helps kids learn how to read expressions. For example, kids may have to identify which expression means “the sum of a number and five.” This game offers a great way to help kids understand the language of math. 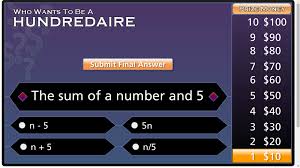 Swimming Otters Variable Expressions has kids race an otter through the water while answering expressions with missing variables. For example, X times 2 = 3. This game is a great way to begin to introduce kids to the concept of solving for variables in equations.

Dirt Bike Proportions is a multi-player game for kids from Arcademic Skill Builders. In this game, kids race against one another to correctly solve problems involving proportions. The player who solves the most problems correctly in the fastest amount of time wins the game. 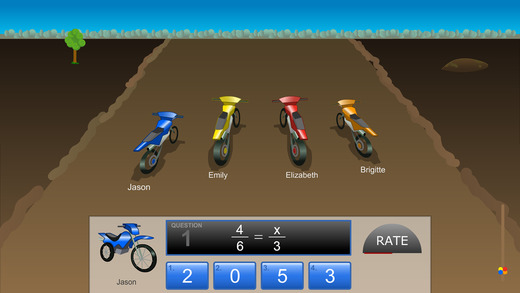 Ratio Blaster helps kids improve their understanding of ratios. Is ⅓ the same as 3 to 9 or 4 to 8 the same as ½? Kids must blast the spaceships containing the correct ratios to advance in this game.

Ratio Stadium has kids race against one another to compare ratios. The faster they answer questions and the more questions they answer correctly, the better they’ll place. This is a fun multi-player game.

Otter Rush Exponents uses a multi-player format to help kids practice using exponents. Each problem features a missing variable, either the exponent or number. Kids must quickly select the correct number from the list of choices to move ahead in the game. 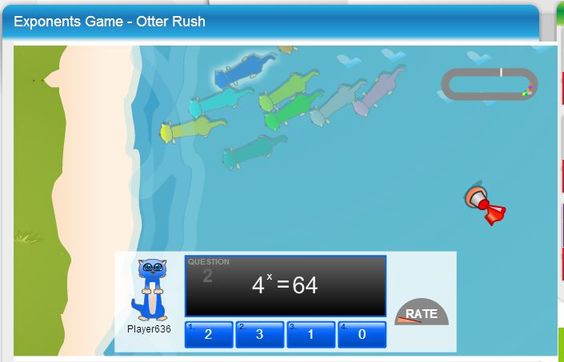 Hungry Puppies Decimals is a multi-player game that has kids race to mix a given number using decimals. For example, they may have to make the number 6 by select 5.1 and 0.9. The faster kids make the number, the further ahead they get in the game. The player who makes the most numbers correctly in the fastest amount of time wins.

And there you have it! We hope your 6th graders enjoy these games designed to help them sharpen their math skills. For more free math games, videos, and worksheets, check out the sixth grade math resources on Math Game Time.